Shutting down a web site correctly isn’t easy. When Talkshow announced they were closing, I was surprised. Six months is a limited time to launch, get traction, and then wind down. But I was glad that they’d let any show be exported as an archive.

The archives aren’t available for very long. If you hosted a show on Talkshow, you have until December 1st to download it.

I downloaded a couple to see how Talkshow handled it. Just in case no one else grabs them, I’m copying them here: Pop Life episode 5 with Anil Dash and guest John Gruber, and the Six Colors live coverage for Apple’s September 7th event. I had Instapaper-ed both of these to read later anyway.

The archive itself is a simple .zip file with HTML, CSS, and user profile images. In the Finder it looks like this: 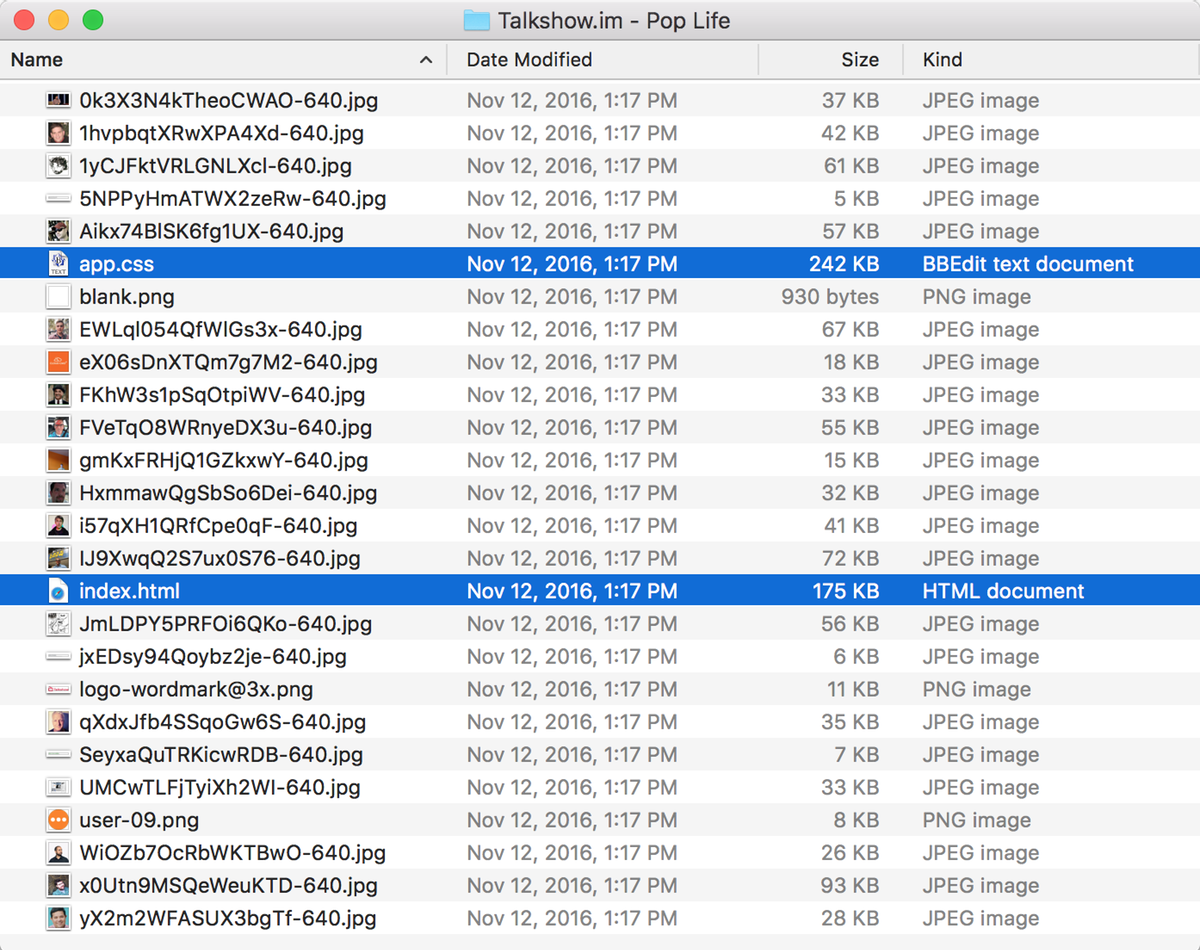 This self-contained structure makes it very easy to re-share somewhere else. Credit to Talkshow for keeping this simple. But it also strikes me as so easy to keep hosting as static files, I wonder why Talkshow doesn’t keep the archives available indefinitely, which would preserve any existing links to these shows from the web.