Last month I gave a talk about microblogging at Peers Conference in Austin. In it I covered Twitter’s changing attitude toward developers, from the early days when everyone wanted to build a Twitter app — as John Gruber wrote in 2009, Twitter apps were a playground for new UIs — to when Twitter started actively discouraging traditional third-party Twitter clients.

For Micro.blog, I always want to encourage third-party apps. We support existing blogging apps like MarsEdit, and we have an API for more Micro.blog-focused apps to be built. I’m excited to say that a big one just shipped in the App Store: Icro.

Icro is well-designed, fast, and takes a different approach to some features compared to the official Micro.blog app. In a few ways, it’s better than the app I built. This is exactly what I hoped for. We wanted an official app so that there’s a default to get started, but there should be other great options for Micro.blog users to choose from.

Here are a few screenshots from Icro: 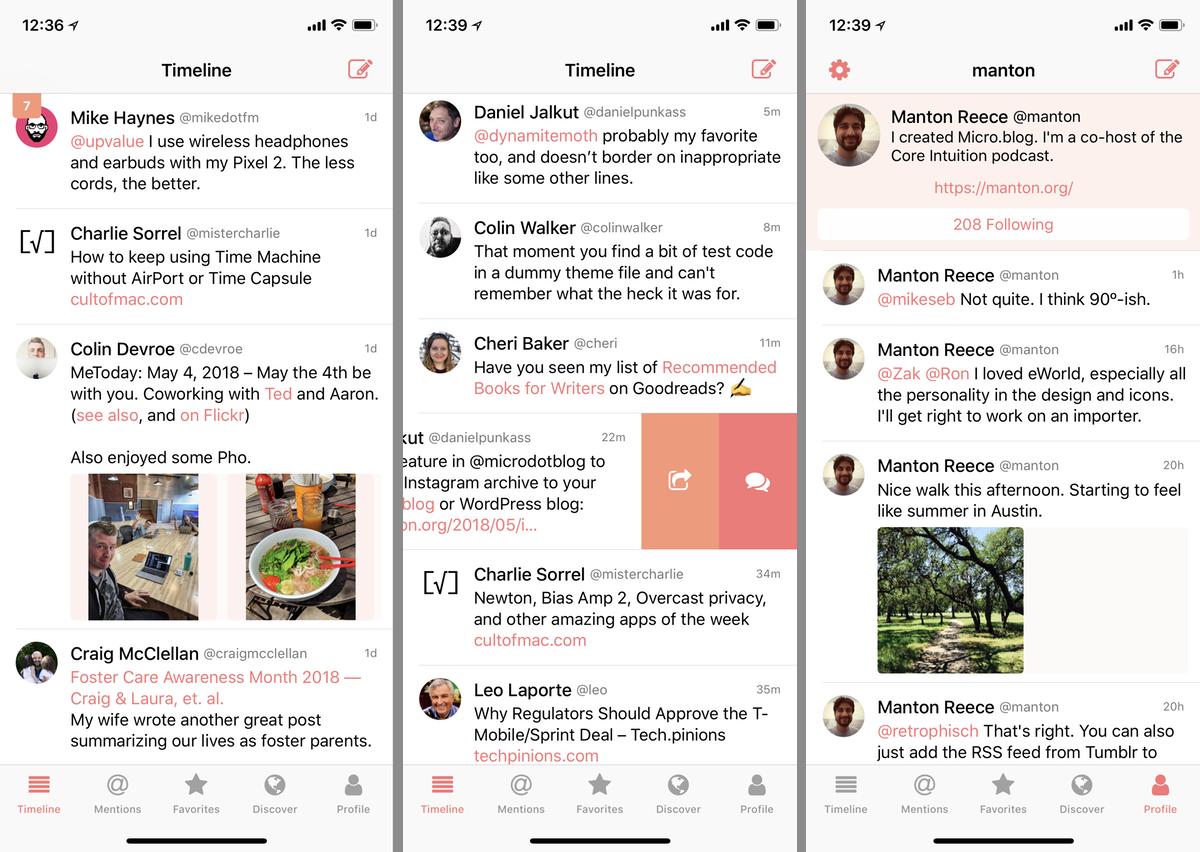 Thanks to developer Martin Hartl for building Icro and being part of the Micro.blog community. You can download it for free from the App Store here.